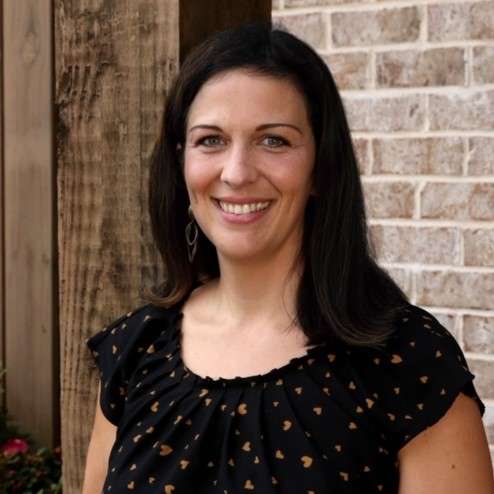 Jessica is a co-founder of Mid-South Gifted Academy. As a mother of four, she understands the intense desire of all parents to find a school that meets their child’s needs. With 17 years of experience in education, Jessica has worked in a variety of school settings to create challenging and engaging learning environments for gifted and high-achieving students. In 2017, she completed the Memphis Leadership Scholars Program at the University of Memphis, earning an Education Specialist degree with a license for school administration. Through her years of teaching high-ability children and listening to the hopes and concerns of parents, Jessica became passionate about finding the best ways to serve these students. Having completed extensive training in the Responsive Classroom approach, she acquired numerous tools and strategies to help students build academic and social-emotional competencies. She spent two years researching the micro-school movement in order to address the need in the community to provide another educational option for gifted learners, and Mid-South Gifted Academy welcomed its founding families in August of 2018. Jessica resides in Collierville with her husband and four children. 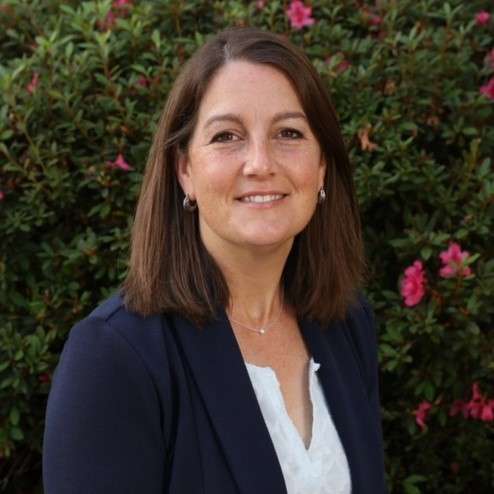 Jenn is a co-founder of Mid-South Gifted Academy and the mother of two. Realizing the limitations for gifted learners within a traditional educational model, she sought to find a solution. With extensive experience in instructional design, program implementation and management, and facilitation in adult training and education, Jenn has worked diligently to ensure learners of all types have access to resources and information that meet their needs. She’s particularly passionate about using emerging education methods to encourage curiosity and self-discovery within the gifted community. She believes learning should be joyful and curiosity should always be nurtured. Jenn holds a B.A. in History from the University of Central Oklahoma. She is an instructional designer of numerous training programs and courses, and has also authored several articles for Character First Magazine, an educational resource for K-12 teachers. Jenn’s hope is that Mid-South Gifted Academy will provide an environment for gifted children to feel a deep sense of engagement and belonging. 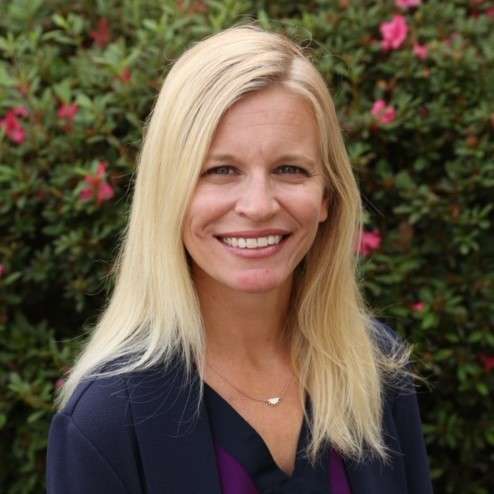 “Education is the most powerful weapon which you can use to change the world.” – Nelson Mandela. Inspired by this quote, Amanda has devoted 16 years of teaching to researching and implementing effective practices that develop world changers. She believes students should have opportunities to engage in activities that spark their curiosity, demonstrate their talents, challenge their intellect, and bring them joy. These opportunities are created through classroom experiences that take them beyond curriculum guidelines, as well as through extra-curricular activities. Amanda received a Bachelor of Science in Education degree from the University of Memphis and a Master of Education degree from Union University. She served as a Math coach for Shelby County Schools and the state of Tennessee. She had the honor of being selected as a Tennessee Educator Fellow for SCORE (State Collaborative on Reforming Education) and has extensive experience in curriculum design. Through these experiences, Amanda developed practices to emphasize personalized, student-centered learning. Amanda lives in Bartlett with her husband and three sons. 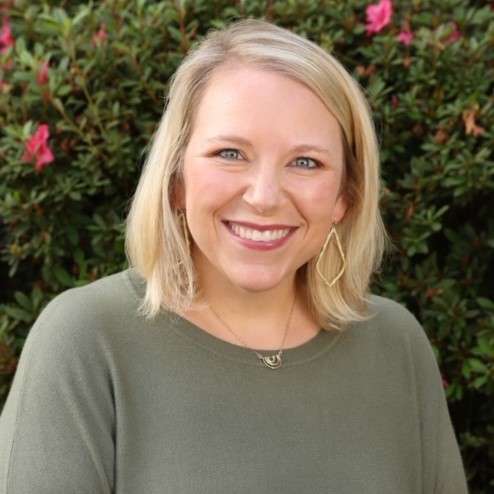 “The best thing [we] can do is to teach children to love challenges, be intrigued by mistakes, enjoy effort, and keep on learning.” -Carol Dweck

This mindset has strengthened Jennifer’s belief in student-led goal setting and learning. Giving students ownership over the learning process grants them opportunities to build confidence and take risks that would not normally be offered to them in a typical classroom environment. Jennifer holds a B.A. in Psychology from Western Kentucky University and a Master of Arts in Teaching degree from the University of Memphis. She has worked with gifted and high achieving students in both private and public school settings for the past 13 years, and she is passionate about creating learning environments that foster curiosity, wonder, and creativity. Jennifer lives in Collierville with her husband. 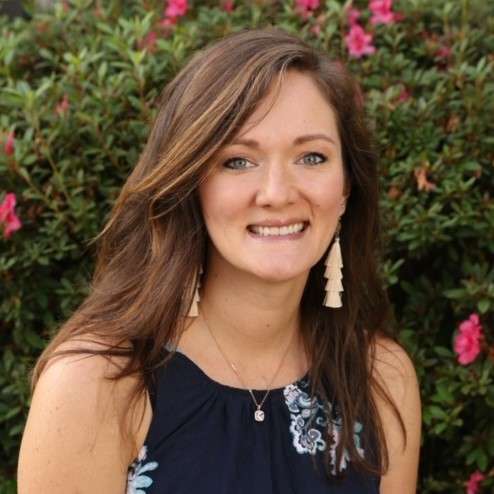 As the mother of three gifted children, Claire devoted the last ten years to learning about how to best meet their academic and social/ emotional needs. She is passionate about creating early childhood learning experiences that allow children to wonder, explore, and create. Following a mindset of discovery, project-based learning, critical thinking, and curiosity, Claire spear-headed a curriculum change for her church Sunday school to a Montessori-based program called Catechesis of the Good Shepherd. Over the past six years, Claire has enjoyed teaching and assisting in the leadership of this program, partnering with parents, teachers, and students to create a joyful student experience. She is thrilled to combine her passion, expertise, and experience to launch Mid-South Gifted Academy’s Wonder Studio. 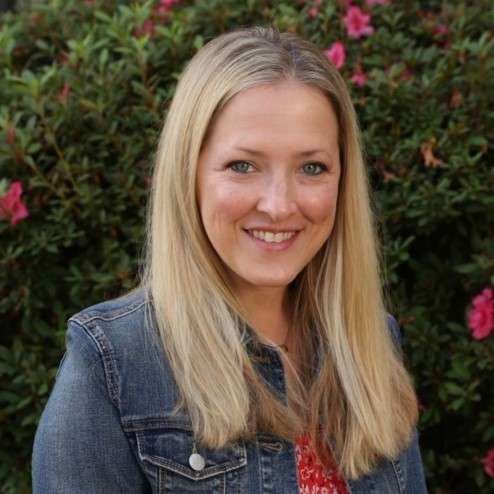 "Imagination is everything. It is the preview of life’s coming attractions.” -A. Einstein

Lauren is a Memphis native, wife, and mother with a deep interest in nutrition and wellness and a passion for education. She graduated from the University of Memphis with a Bachelor’s of Science in Education in 2007. Through her years of teaching children of diverse backgrounds and varying academic abilities, Lauren gained experience tailoring curriculum and instruction to reach all learners. In her last role, Lauren taught gifted and high-achieving students in Shelby County School’s Optional Program. Lauren believes all children are innately curious and seek to understand the world around them. She is excited to foster the natural curiosity, creativity and imagination of students at MSGA. 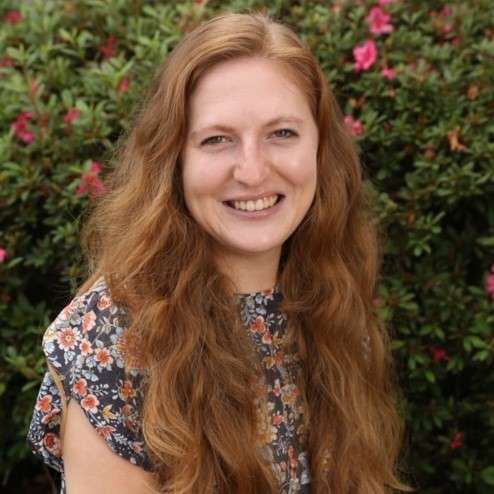 Since the time that she was a child, Emileigh has lived in a world of books. She has navigated New York City with Holden Caulfield, attended parties of the infamous Jay Gatsby, battled the threats of darkness with Harry Potter, and championed creativity and individuality with Jo March. It was this love of reading that expanded Emileigh’s passions to other academic avenues: history, creative writing, psychology, anthropology, and the sciences. With a desire for a liberal arts education that would allow her to explore her varied interests, Emileigh attended, and later graduated from, Rhodes College with a B.A. in Anthropology and Sociology, with minors in English and Religious Studies. After finishing her undergraduate degree, she became a corps member for Teach for America, completing two years of service as a middle school teacher. Emileigh went on to pursue a Master’s degree in Education from Christian Brothers University where she was awarded the department’s outstanding educator award. She has since taught high school English for gifted students, where her focus in the classroom has been to provide cross-curricular studies that combine Literature, Social Studies, and Sciences so that her students might explore the world and learn about other cultures, histories, and scientific possibilities. As a lifelong learner, her greatest joy in the classroom comes from encouraging students to exceed their goals and develop a passion for learning. 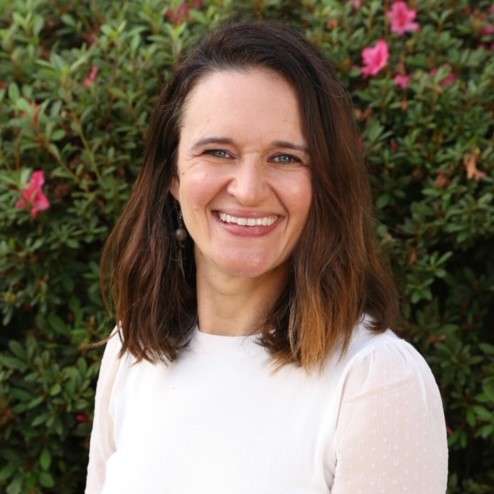 A violinist from a young age, Erin became passionate about education through the teaching of Shinichi Suzuki. His belief in the ability of all children to learn at a high level and “concern about the importance of educating a really beautiful human spirit” inspired Erin to pursue teaching as a career. After receiving a Bachelor of Science in Education degree in therapeutic recreation from the University of Georgia, Erin obtained a Master of Music degree in Violin and Suzuki Pedagogy from the University of Memphis. With 20 years of Suzuki teaching and a background in therapeutic recreation, Erin provided meaningful experiences to people of all abilities. As her two children grew closer to beginning their formal education, Erin extensively researched various pedagogical approaches and educational philosophies, particularly as they apply to gifted learners. Erin is delighted to bring her passion and enthusiasm to Mid-South Gifted Academy. 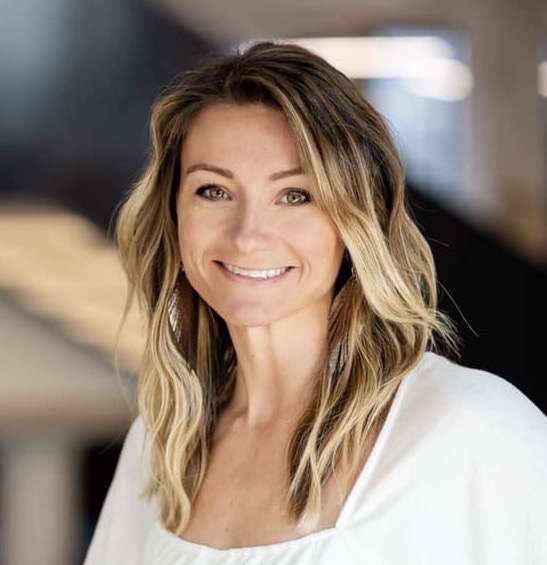 Kristi was born and raised in Chicago but calls Memphis her home. She lives in Collierville with her husband, Jesse, and three kids. She was first drawn to MSGA when she recognized unique educational needs in her children, and she has seen what an impact the school environment has made on her entire family. She received a Bachelor of Arts degree in Social Work from Hope College in 2008.  Kristi’s passion for health and wellness led her to become a nutrition and fitness coach. Encouraging, teaching, and motivating people are her strengths, and she is excited to transfer those skills to a school environment. Kristi is committed to seeking ways to help children discover and develop their own potential through knowledge and experiences. In her free time, Kristi pastors a home church with her husband and family and writes regularly for the Memphis Moms Collective. She loves to talk all things enneagram (she's a 4w3), faith, family, and fitness. 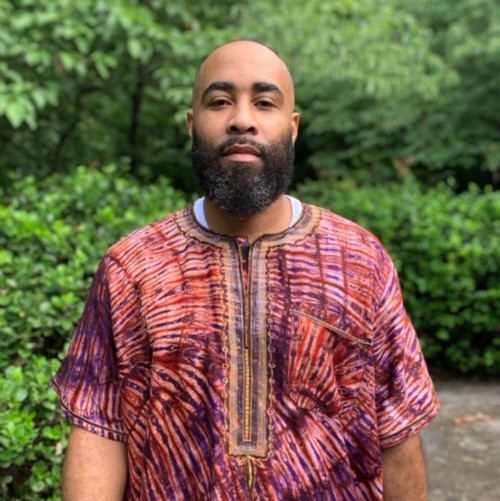 Dr. Brian C.B. Barnes is a speaker, presenter, and coach, focusing on topics related to education, youth development, and entrepreneurship. He is also the co-founder and CEO of TandemEd. Dr. Barnes’ experience in the field of education includes serving as a mathematics teacher, small-school principal, and district leader for community and faith-based partnerships in Boston Public Schools; serving as the chief officer on community engagement for the state of Tennessee's Achievement Schools; and coach and adjunct instructor at Harvard Graduate School of Education for a module entitled “Reframing Community Engagement in Education”. In 2017, Dr. Barnes was selected as a member of the 2017 Class of Presidential Leadership Scholars, a leadership advancement program sponsored by a consortium of select U.S. Presidential Centers. Dr. Barnes holds both a masters and doctoral degree in education leadership from Harvard University (Ed.L.D.); a master of divinity degree from Andover-Newton Theological School (M.Div.); and a bachelor of science degree in mathematics from Morehouse College (B.S.), with a minor in secondary education and completion of the teacher certification preparation at Spelman College. Dr. Barnes is married and is the father of three children. 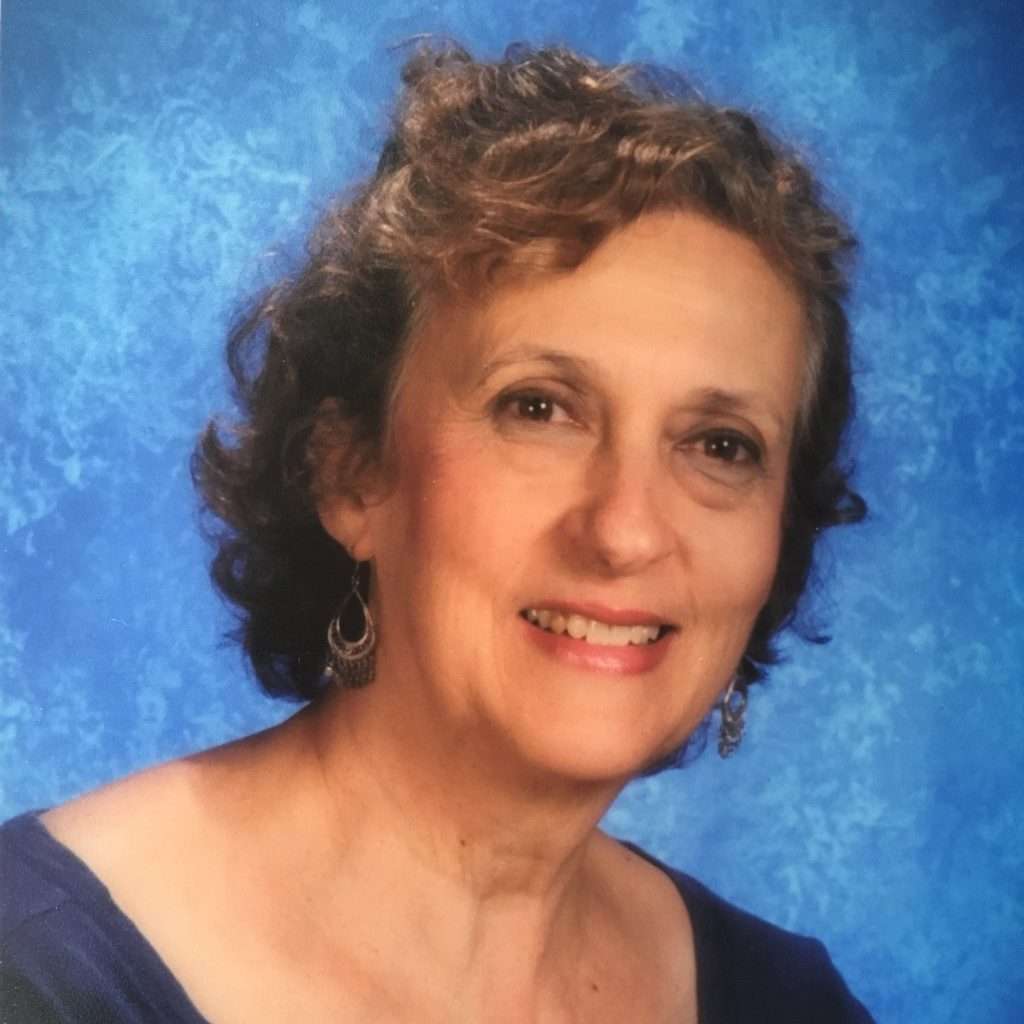 Martha is an art education specialist and visual artist with a BSE degree in art education, K-12. Most recently, she taught art for 12 years in the Memphis City Schools and Shelby County Schools, focusing on drawing, painting, three-dimensional and mixed media projects. She specializes in creating collage murals and paper mache environments with elementary students and has developed printmaking, weaving, and sculpture projects for middle school students. Her goal is to develop and expand visual arts knowledge and skills to express ideas imaginatively.

BIO
Stickers on a laptop are inspiring, but to see it

Happy Monday and welcome the first Monday in a bra

Today we had a visit from baby goats! How precious

Back from a long weekend ☀️

A micro-school for innovators and world changers.